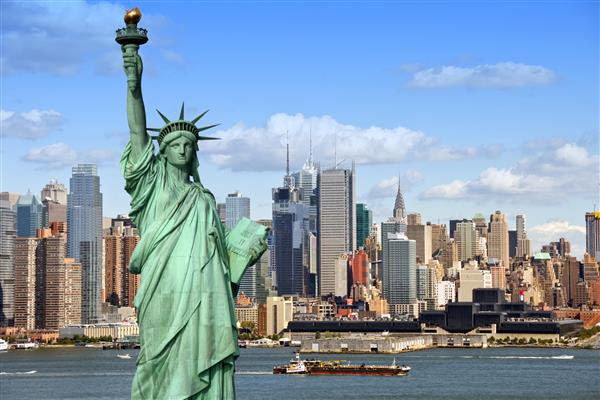 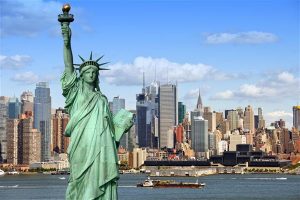 Explore one of the worlds most iconic and recognisable cities
Shop ’til you drop on famed 5th Avenue
Experience Disney’s four magical theme parks and two water parks
Feel the magic at The Wizarding World of Harry Potter at Universal Resort Orlando*
*Optional Extra – Please speak to one of our USA Travel Specialists to book.

Explore one of the worlds most vibrant cities and discover the magic of Orlando, Florida

As one of the most recognisable city’s in the world having appeared on our screens for many decades, New York City is home to iconic sights such as Top of the Rock, Empire State Building and the new One World Observatory. Spend an afternoon browsing the designer boutiques along 5th Avenue or take the opportunity to hire a bike and explore Central Park. After a few days in The Big Apple, a flight down to Orlando, Florida will soon have you and the family enjoying some of the world biggest and most popular theme parks and water parks. However, away from the thrills, spills and action of these world-class attractions you will find Orlando is packed with numerous spas, intimate resorts and championship golf courses right on your doorstep. Whatever you decide to do in Orlando, you’ll be making memories to last a lifetime.

With some of the worlds most iconic landmarks and parkland easily accessible from everywhere in the city, New York City truly is a great destination to get out and explore. Whether its your first visit or your tenth, there is always something to do or see that will can be enjoyed by all the family. Experience a Broadway shows as they were meant to be seen, taking a trip to the Top of the Rock, or book a NYC film and TV sights tour and relive your favourite movie moments for yourself. Why not stay in New York City’s Brooklyn neighbourhood and get a whole new perspective on The Big Apple.

Mccarren Hotel and Pool
McCarren Hotel And Pool is a spectacular hotel with one of the largest outdoor swimming pools in New York City, located within easy walking distance of Williamsburg Bridge, the Brooklyn Winery, and Brooklyn Brewery. Discover why Brooklyn is now the place to see and be seen staying at this exciting property in the heart of fashionable Williamsburg.

Home to some of the world’s biggest and most popular attractions, Orlando, Florida has become one of the world’s premier destinations for families and big kids alike. Alongside world-class theme parks such as Universal Studios and Walt Disney World Resort, Orlando also boast some of the best gold in the US as well as numerous spas, excellent dining options and some fantastic outlet shopping where you can pick up a bargain or two from your favourite designers.

The Grove Resort & Spa
One of Orlando’s newest resorts, The Grove Resort and Spa is the perfect retreat for your next stay in Orlando, Florida. Located just minutes from Walt Disney World Resort, The Grove offers a complimentary transportation service to the park leaving you to enjoy the day and night at your own pace. A choice of one, two or three bedroom suites make it an ideal choice whether traveling with friends, family or couple. On the days you want a break from all the theme park action, there is plenty to do on-site including Surfari Water Park, featuring a lazy river and FlowRider Double surf simulator, Flip Flop’s Family Fun Centre, three restaurants, Lake Austin water sports and more. 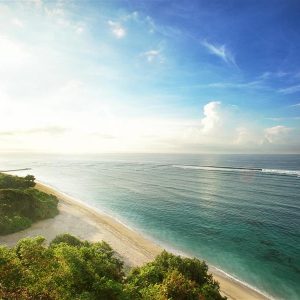 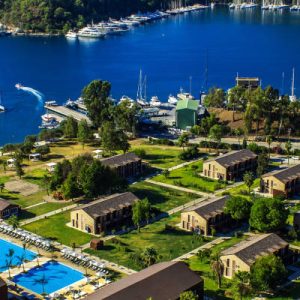 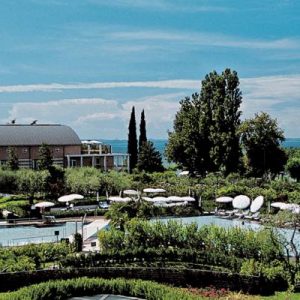 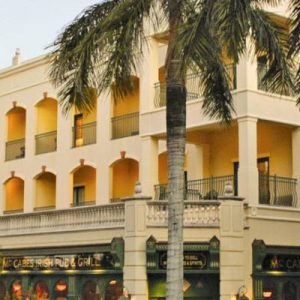