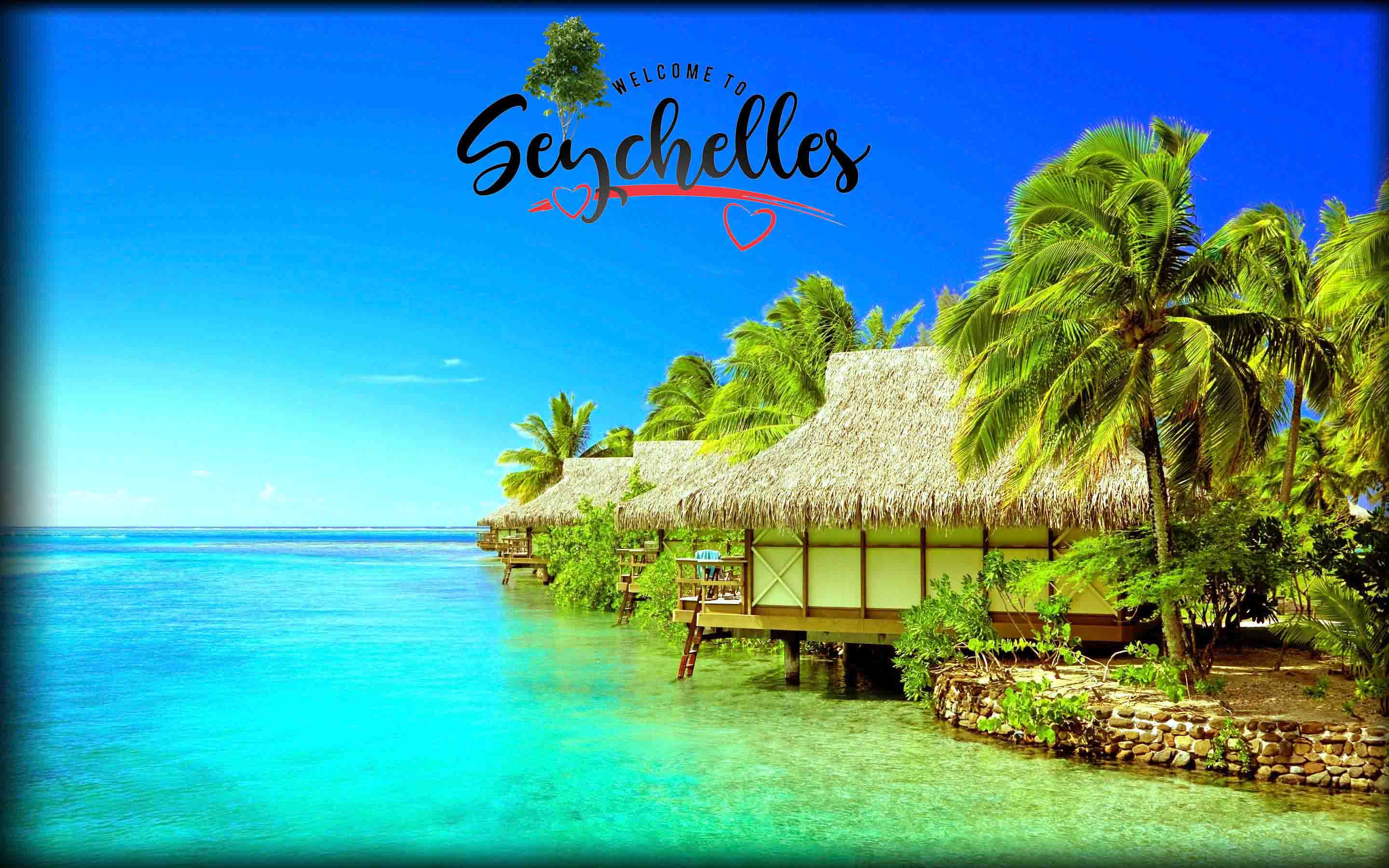 Its home to numerous beaches, coral reefs and nature reserves, as well as rare animals

Seychelles - A world within.
Create your kind of holidays. 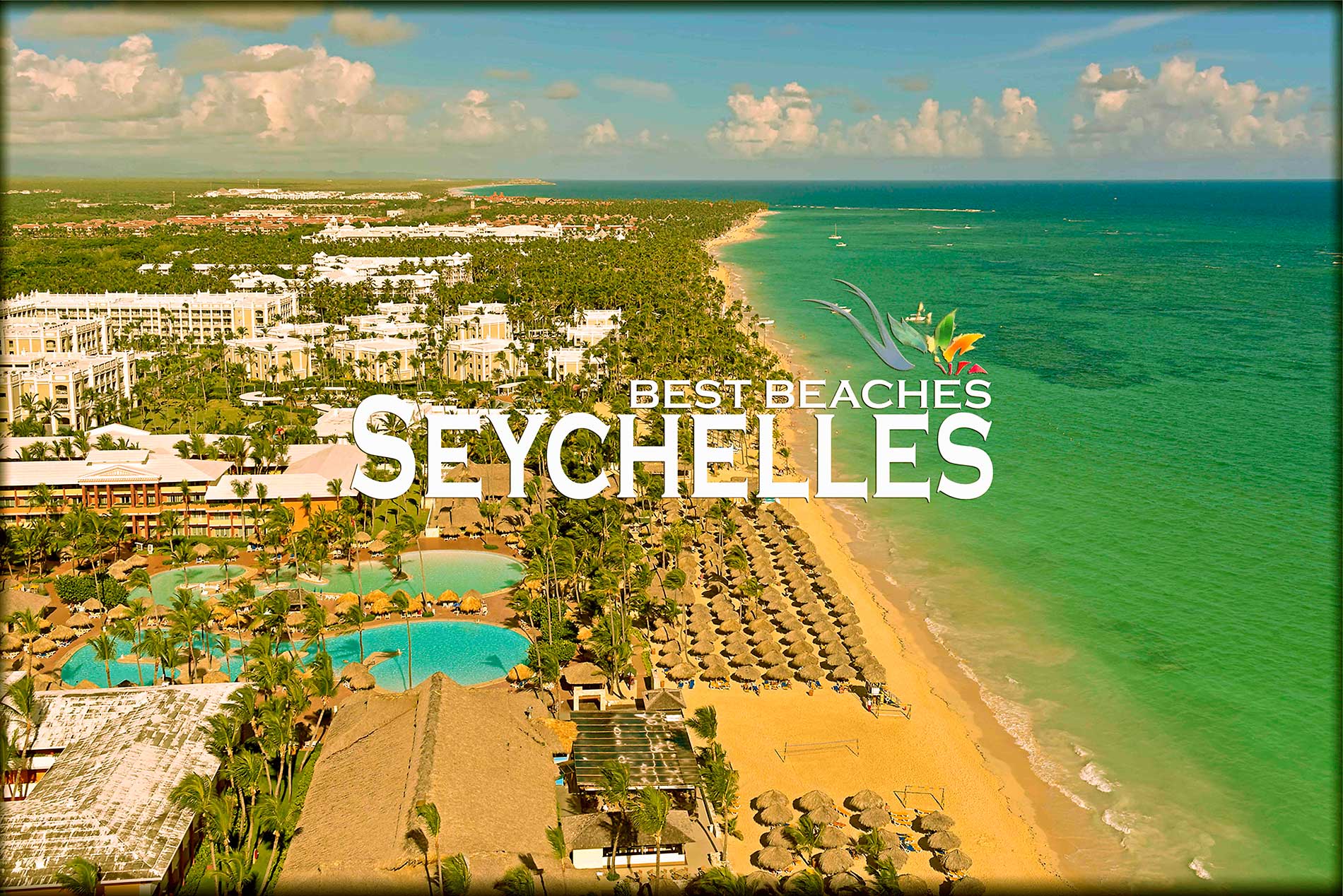 With its dazzling white shorelines and hypnotic coral reefs, the Seychelles is a picture-perfect collection of tiny islands that are home to some of the most beautiful beaches and exclusive hotels in the world. From the rare coco de mer tree and its towering granite rocks to the giant tortoises, world-famous beaches and exotic jungle-clad interiors, this sun-drenched treasure in the Indian Ocean will leave you stunned at its outstanding natural beauty. About as close to paradise perfection as you can get, offshore this is an aquatic treasure trove of whale sharks, manta rays, turtles and schools of exotic reef fish. On land, there's a charming slow-motion island vibe, and the sheer diversity of endemic birdlife and flora and fauna is just extraordinary. Made for exploration, relaxation and spectacular island-hopping adventures, holidays to the Seychelles can range from sunbathing for days on talcum-powder sands, hiking through World Heritage-listed nature reserves and even going Robinson Crusoe on your own desert island. Whether you’re dreaming of an exciting family adventure or a romantic honeymoon hideaway, on a Seychelles holiday you can take the time to explore as little or as much you like. Talk to us or pop into your local store for a chat and we’ll help you to tailor-make your perfect Seychelles holiday.

The Seychelles enjoys gloriously sunny days throughout the year. Peak season here correlates with our summer months, where days are longer and the sun is cooler with only a little rain. April and November are hot, humid and wet, yet the temperate remains a balmy average of 30°C. The wettest period is January and the driest is July. Temperatures reach up to 22°C in winter and up to 34°C in summer.

Wild and rustic against the glossy perfection of the Maldives, the Seychelles is unapologetically raw in its natural charm. It’s perfect honeymoon territory; here, postcard-worthy islands seduce with their world-famous white sands and tangled jungle interiors, and beyond the dazzling turquoise waters, stunning coral reefs teem with life. A fusion of people, culture, incredible beaches and extraordinary biological diversity, the Seychelles islands yearn for exploration and discovery. Mahé is the largest, the heritage capital that buzzes with activity, from its bustling markets and colonial-style mansions to the coastal mangrove forests and the splendid Morne Seychellois National Park. If you're longing for adventure, Praslin is the second largest island and Eden reincarnated; home to the World Heritage-listed Vallée de Mai Nature Reserve, this primeval slice of paradise is where you'll find more than 50 endemic plants and trees, including the rare coco de mer palm. Sleepy La Digue is known as the teardrop island, walkable in just over an hour and where village life exists at a slower island pace, while Silhouette Island is a nature lover's paradise of unspoilt castaway beaches and an extraordinary marine national park.

Where is the Seychelles?

Northeast of Madagascar in the Indian Ocean, the Seychelles is home to 115 islands, many of which remain uninhabited. Its capital, Victoria, can be found on Mahé, the largest and most populous island in the archipelago. Its neighbours include La Réunion and Mauritius to the south and the island territories of Comoros and Mayotte to the east.

As an island in the middle of the Indian Ocean, it’s not surprising that fish and seafood play a massive part in Seychellois cuisine. Usually served with rice, most restaurants offer fish dishes that use a variety of traditional cooking methods, whether it’s steamed, grilled, salted, baked and even wrapped in banana leaves. There’s an eclectic fusion style to the food, a nod to the country’s rich colonial heritage that has merged Seychellois cuisine with African, British, French, Indian and Chinese influences. Typical to the Creole culture, signature delicacies to look out for include Fruit Bat Curry and the classic Ladobe pudding, a sweet desert of breadfruit cooked in coconut milk and sugar. 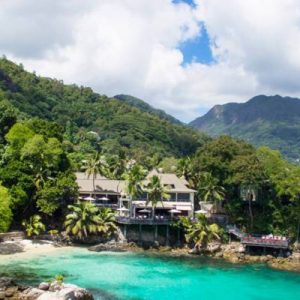 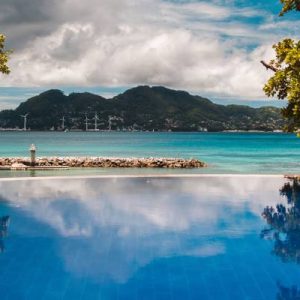 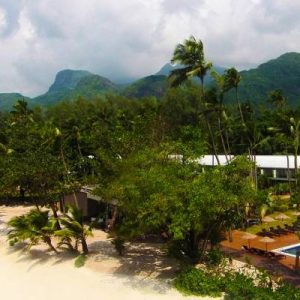 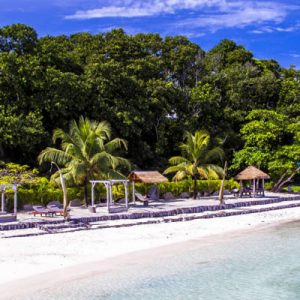 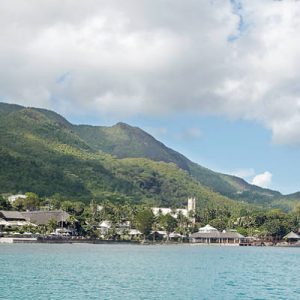 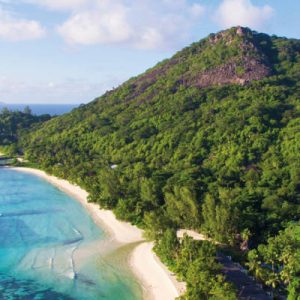 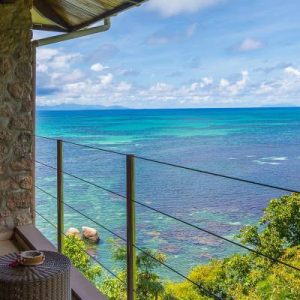 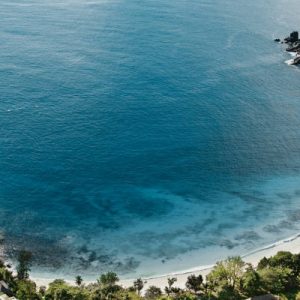 Those tiny specks of white sand and lush jungle in the Indian Ocean have you chasing waves in azure waters, lounging under a coconut palm and swimming with starfish in coral reef. We’ve been to the Seychelles and can tell you first-hand that in such an extraordinary destination you don’t need to restrict yourself to just one island. Our tailor-made multi-centre holidays take you by flight or boat across this stunning archipelago or on a breathtaking journey by seaplane from Mahe to Praslin. Creole history, captivating beaches and colourful wildlife – all is possible with our island-hopping combinations. Being such a short flight away we’ve also hand-crafted itineraries that pair the United Arab Emirates with the Seychelles so you can visit Dubai’s extravagant gold leafed city, Abu Dhabi’s bedouin civilizations and Ras Al Khaimah’s hot red sand dunes before being cast away to the Indian Ocean on some of the most photographed beaches in the world. 02085708283 or visit us in store to speak to one of our Personal Travel Experts and tailor make your own holiday with https://skytraktravel.com .
Things to do 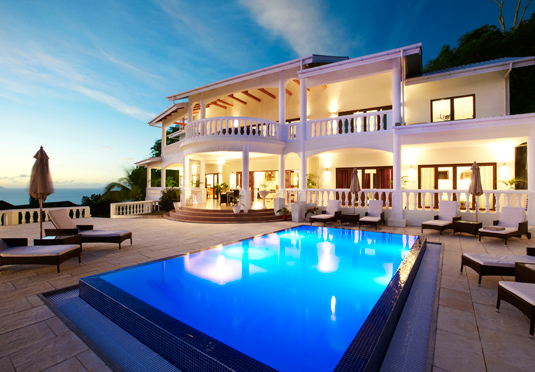 If you want to experience a luxury life, must visit this stunning and classy villa of Petit Amour. Stay here during our trip and enjoy the heavenly surrounding, Turquoise Blue Ocean, and amazing weather. Staying at Petit Amour is something you should try to make the holiday royal.

If you love mesmerizing beaches, white sand, crystal clear water then beautiful Seychelle is a must visit place for you. The beaches of Seychelles offers visitors an opportunity to enjoy sunbath, swimming, even visitors can enjoy sports like jet skiing, water skiing, scuba diving and much more. 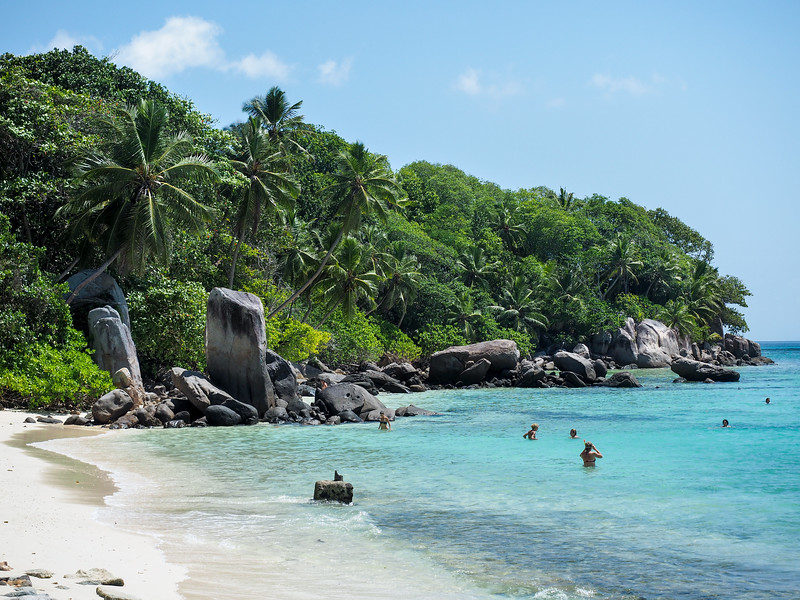 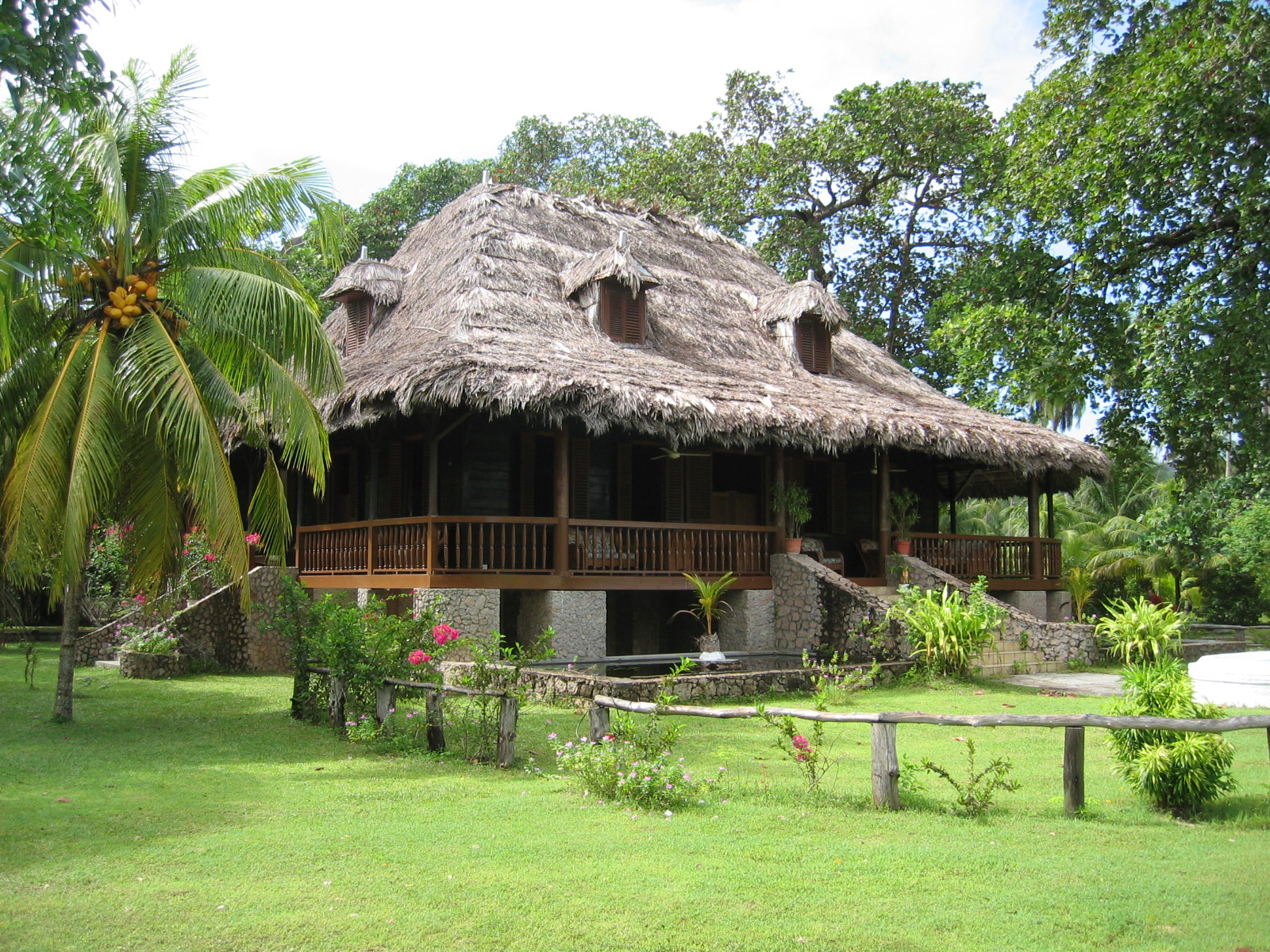 Every nature lover should explore the coconut plantation house of La Digue in Seychelles. This national monument covers the 300 hectares of land and represents the cultural and historical importance of the place. Visitors can explore the thick coconut plantations, coconut oil mill, old cemetery, Copra house, and much more.

Not required if under 30 nights

January: Kavadi Thaipoosum Festival – celebrated by Hindus all over the world, the festival celebrates the birthday of Lord Murugan, the warrior deity of the hills. During the event, believers carry heavy ‘kavadis’ - literally meaning burdens, offered to Lord Murugan in exchange for his blessings.

April-May: Seychelles Arts Festival – the biggest public arts festival in Seychelles, this vibrant event attracts visitors from across the islands.