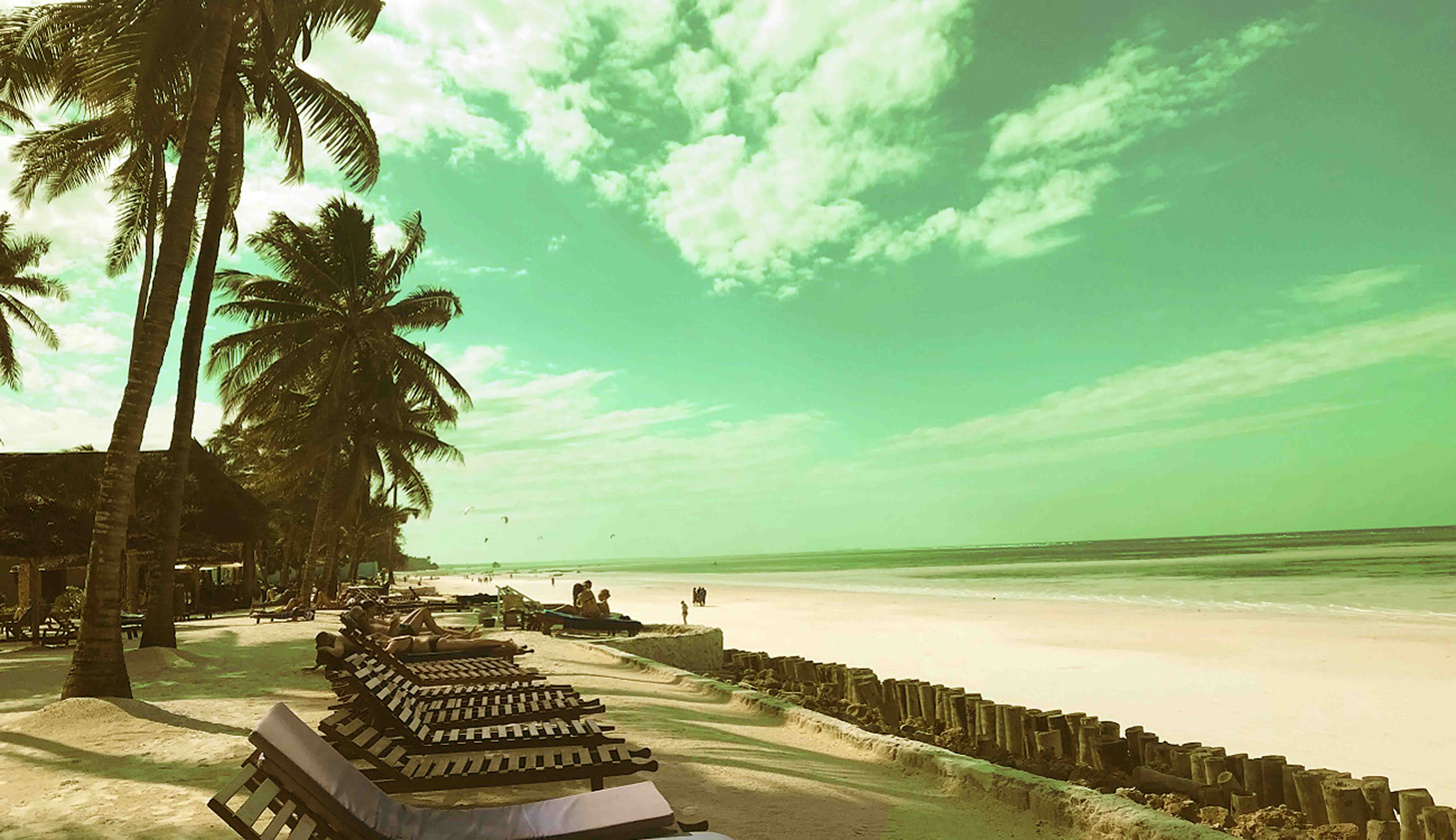 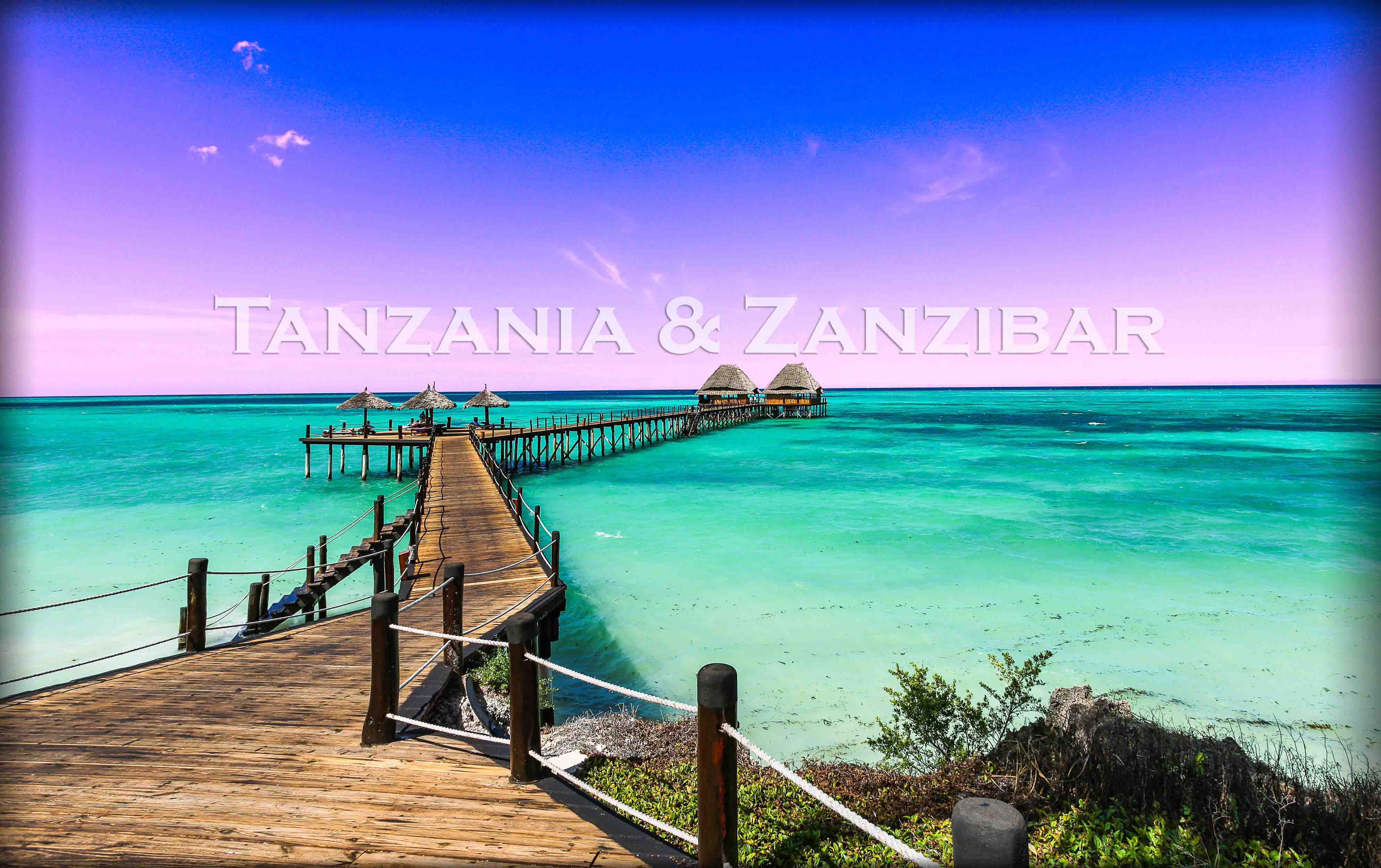 Tanzania provides visitors with a variety of choices when it comes to accommodation.

Explore the highlights of Tanzania

Are you ready for the trip to Tanzania? An authentic tour of Tanzania offers you a chance to explore the whole of Africa in microcosm. From Fabulous landscapes, spectacular wildlife diversity and concentration, safari adventures to remember for a lifetime, challenging mountain and active water sports, beautiful beaches and peaceful islands, to historical and cultural reserves, you can enjoy everything in your vacation to Tanzania. It allows you to relax in luxurious self-indulgence. Natives of Tanzania are famous for their generous spirit and vibrant colour, they know the land and they value the animals in it which is why it make them more humble and friendly people. Wherever you go to explore in this beautiful country, you will definitely connect beautiful people and astounding animals. Let’s make your trip to Tanzania an exciting one with an amazing package and deals.

• Tanzania is warm year-round, but it can be cold in early morning and at night on safari
• The short rains are from November-December and the long rains from April-May
• January is hot and dry, June to October is warm and dry with cooler evenings, and the hottest months are October to February
• The annual wildebeest migration can typically be seen in different areas of the Serengeti from November-July
• Zanzibar is hot and humid with an average daytime temperature of 30ºC, and from June to September the sea breeze makes the climate very pleasant.

In Tanzania, you can wake up to the distinctive early morning call of the fish eagle, enjoy the thrill of after-dark game drives when the bush comes alive, climb Africa’s highest peak, and marvel over tree-climbing monkeys and huge herds of elephants. The world-famous Serengeti and Ngorongoro Crater bring opportunities to spot rare black-maned lion, herds of elephant, leopards and cheetahs in their natural habitat. A sunrise hot-air balloon drifts across the savannah with a spectacular perspective on the animals below and 600 meters down the Ngorongoro Crater floor you’re among one of Africa’s richest concentrations of wildlife. And then, of course, there’s the Great Migration. As millions of wildebeest, antelope and zebra stampede across the plains of the Serengeti chasing the freshest grass and water on the continent, you can watch – front row – one of the most extraordinary natural events on Earth. There are wild and romantic bush breakfasts, family-friendly 4x4 full-day game drives and bespoke fly-in safaris on board a private Cessna. Seasoned safari-goers will love travelling the lesser-visited southern circuit where the remote Selous and Ruaha Reserves sustain a huge number of giraffe, elephant, lion and buffalo. There’s more… fly east to the 'spice islands' of Zanzibar and Pemba and let the warm Indian Ocean lap at your feet for the ultimate post-safari relaxation. Where is Tanzania? Tanzania is on the eastern coast of Africa land bordered by Kenya, Uganda, Mozambique, Malawi, Zambia, Rwanda, Burundi and the Democratic Republic of the Congo and with a coastline lapped by the Indian Ocean. The islands of Zanzibar and Pemba lie on the Swahili coast, offshore from mainland Tanzania.

Our safaris include a range of 4x4 and fly-in options. Fly-in safaris are in light aircraft that land on airstrips right in the heart of the national park and are a fantastic option for shortening your travel time. Overland safaris cover lots more mileage but are an exceptional way to experience all the scenery of this diverse landscape. All our overland safaris take place in 4x4 vehicles; there are no minibuses here. Safari tours can be taken in small groups or on a private basis. It’s around an hour and a half to fly from the mainland to Zanzibar.

Bush kitchen breakfasts, lunch-time game-drive picnics and sundowners by the fire are integral parts of a Tanzania safari. Expect fresh tropical fruits in abundance, freshly baked bread and a variety of game. Traditional dishes include ugali, nyama choma and chapatti bread. Grilled meats are a favourite, often thrown on the fire right in front of you by your safari chef, and seasoned beautifully. You’ll experience plenty of flavoursome open coal cooking and communal dining in luxury mess tents whilst enjoying drinks under a star-strewn African sky. Rooibos and chai tea are popular for those early morning wake up calls

The Serengeti is one of our most popular destinations for wildlife spotting. While the Serengeti is famous for its big cats and spectacular wildebeest migration with zebra and gazelle joining the crowd, combine it with the Ngorongoro Crater and you may also be lucky enough to spot the rare black rhino. Tanzania is home to a huge population of elephants, giraffe, hippos and buffalo too. The dry season (June-October) offers fantastic wildlife viewing as animals head out to the watering holes to graze, whereas the wet season brings a lush landscape and fewer crowds. The southern circuit’s Selous Reserve (larger than Switzerland) offers a quieter place for wildlife spotting and here it’s possible to see the highly endangered African wild dog.

Choose exclusive safari lodges with private hot tubs and huge luxury tents in the heart of the Serengeti or dip your feet in an infinity pool overlooking Lake Manyara as buffalo and antelope roam free. Go for exhilarating luxury in a ‘roving camp’ on wheels that follows the path of wildlife or stay in a traditional rondoval close to the Ngorongoro Crater. Whether you want breathtaking treetop suites on wooden stilts or a plush oceanfront retreat on Zanzibar’s coastline, our hand-picked hotels are perfect for stargazing, sundowners and wild at heart dreams on your African adventure. 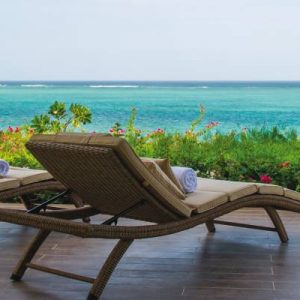 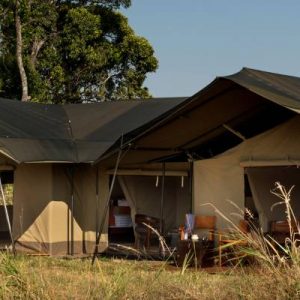 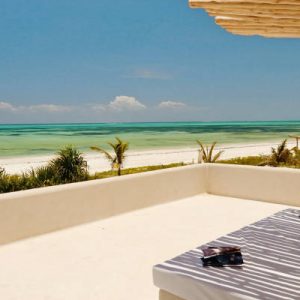 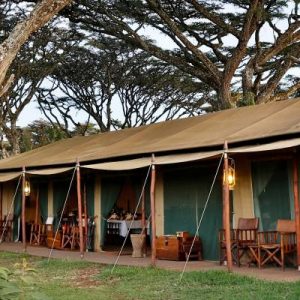 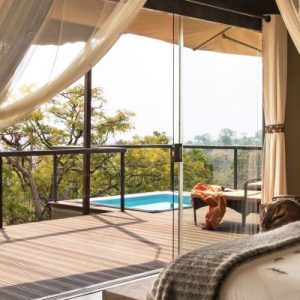 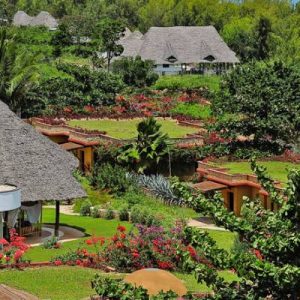 Diamonds Star Of The East 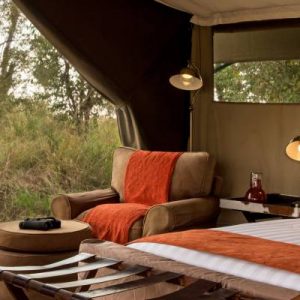 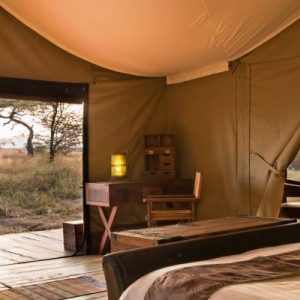 Merge an African safari with Indian Ocean waters or Arabian cities on a Tanzania multi-trip.

Home to Kilimanjaro and breathtaking landscapes ranging from grasslands to great lakes, Tanzania is one of Africa’s most remarkable countries. Magical beaches and the wondrous Great Migration through the Serengeti add to the appeal, while its Indian Ocean location makes it a perfect match for African, Arabian or island multi-centre combinations. For a taste of Africa’s majestic wildlife, you could combine Tanzania’s tranquil southern parks with the rolling terrain of nearby Rwanda. Cross the border into Kenya or Zambia for unforgettable adventures; and if you’re after a buzzing city experience during your stay, Cape Town’s calling. A short flight away, The Seychelles and Mauritius are another excellent choice for post-safari relaxation. You may even fancy breaking up your trip with an Arabian stopover. The Middle East has a diverse range of options, from the glitz of Dubai to the rich history of Oman. Whichever destination you’d like to combine with Tanzania, we’ll help you create the perfect multi-centre experience.
Things to do 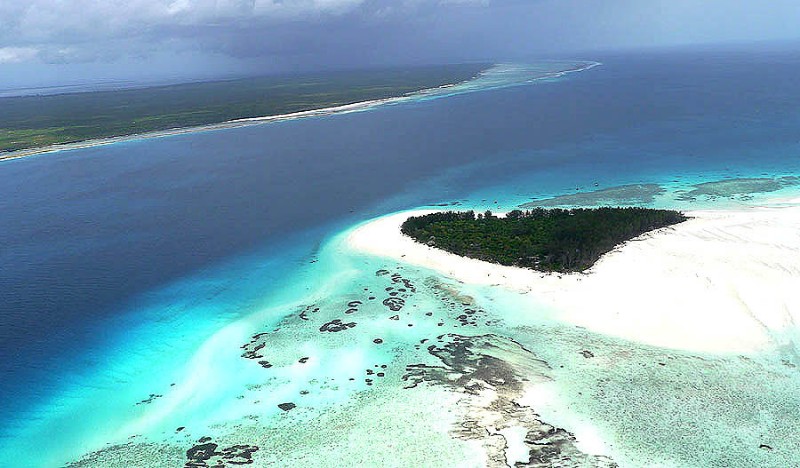 The mesmerizing islands of Zanzibar, palm-swayed beaches, white sand, wafting sailing boats and smiling citizens are the beauty of Tanzania. On your visit to Zanzibar, you should explore the narrow streets of Stone Town, exotic ancient Arabic buildings, it seems like an exotic film set. Whether you prefer visiting a sugar white beach or want to explore the island life, Zanzibar has something for every traveller.

If you think climbing Mount Kilimanjaro is easy, you might be wrong. The highest point of Kilimanjaro – is steep and bitterly cold. But yes, it is worth it. The view from the peak is something you should experience, and the sense of achievement you’ll feel is hard to define. However, it is advisable not to make mistake, go for it only if you believe you can do. In the end, you will surely enjoy this amazing and fun experience. 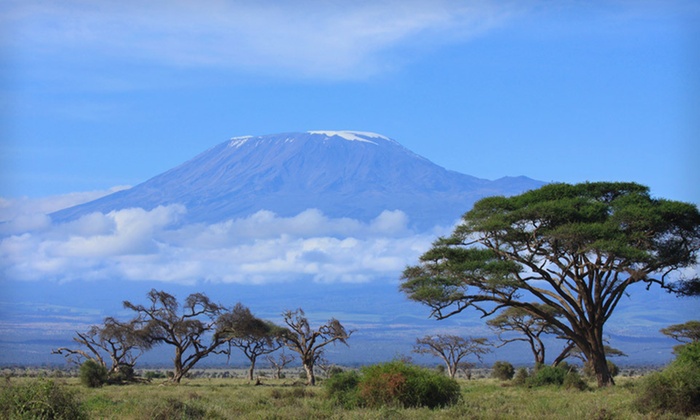 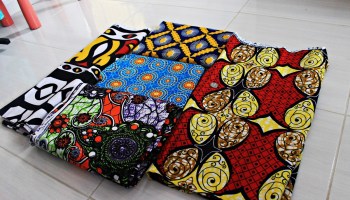 Kangas is a rectangular piece of cloth that you will find in the wardrobe of every Tanzanian. It totally depends on you how you wear them. You will easily find Kanga in markets all over the country. If you visit Tanzania, do not forget to buy kanga as a lifetime memory.

Visa required by UK passport holders. We recommend obtaining in advance although they are available on arrival and are approximately $50. A departure tax of $50 is payable in cash on departure from Zanzibar.

For any internal light aircraft flights, luggage must be in soft bags and weigh a maximum of 15kg.

Tipping is customary but not obligatory. Little and often is the best guideline; it is recommended to tip a hotel porter $1-2 per suitcase, and on local tours and excursions, tips of approximately $10 per group for a full day tour are recommended.

Inspiration
One morning, when Gregor Samsa woke from troubled dreams, he found himself transformed in his bed into a horrible vermin. He lay on his armour-like back, and if he lifted his head a little he could see his brown belly, slightly domed and divided by arches into stiff sections. The bedding was hardly able to cover it and seemed ready to slide off any moment. His many legs, pitifully thin compared with the size of the rest of him, waved about helplessly as he looked. “What’s happened to me? ” he thought. It wasn’t a dream. His room, a proper human room although a little too small, lay peacefully between its four familiar walls. A collection of textile samples lay spread out on the table – Samsa was a travelling salesman – and above it there hung a picture that he had recently cut out of an illustrated magazine and housed in a nice, gilded frame. It showed a lady fitted out with a fur hat and fur boa who sat upright, raising a heavy fur muff that covered the whole of her lower arm towards the viewer. Gregor then turned to look out the window at the dull weather. Drops of rain could be heard hitting the pane, which made him feel quite sad. “How about if I sleep a little bit longer and forget all this nonsense”, he thought, but that was something he was unable to do because he was used to sleeping on his right, and in his present state couldn’t get into that position. However hard he threw himself onto his right, he always rolled back to where he was. He must have tried it a hundred times, shut his eyes so that he wouldn’t have to look at the floundering legs, and only stopped when he began to feel a mild, dull pain there that he had never felt before. “Oh, God”, he thought, “what a strenuous career it is that I’ve chosen!