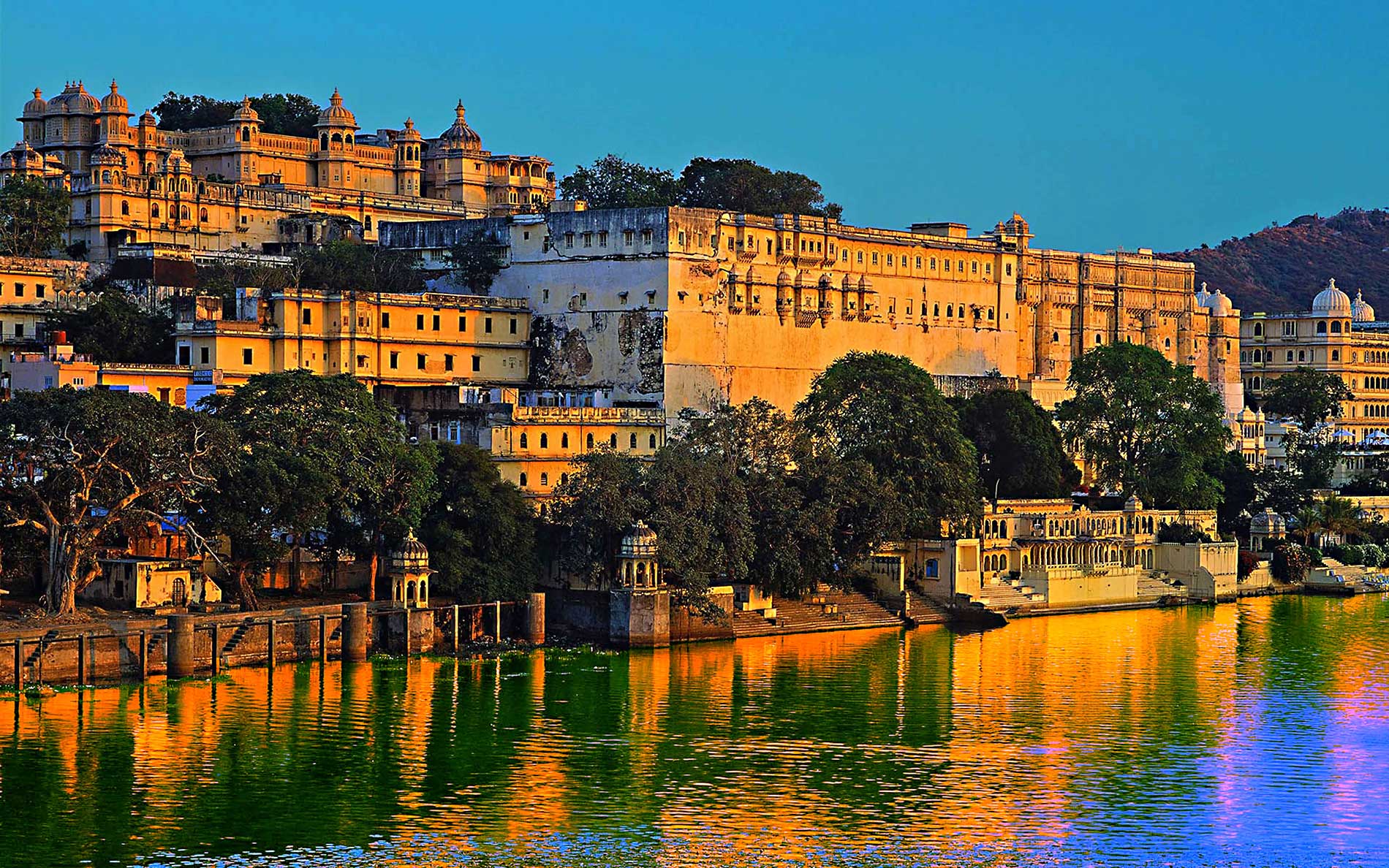 View all Mexico- Mexico is the world of its own

Pack your bags and travel the hottest destinations, with its secret island escapes, Caribbean coastline and cosmopolitan capital city. 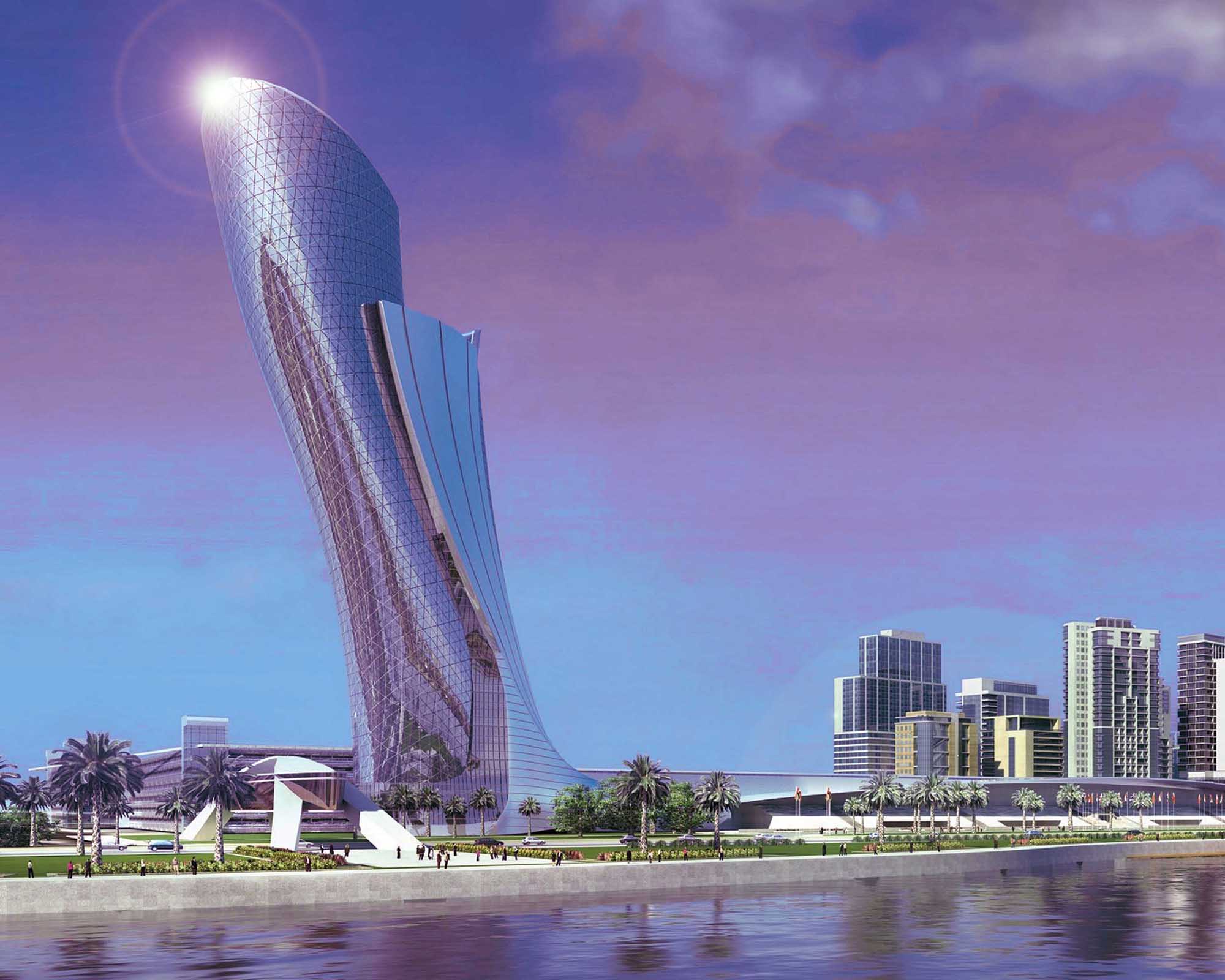 View all Mexico- Mexico is the world of its own

Pack your bags and travel the hottest destinations, with its secret island escapes, Caribbean coastline and cosmopolitan capital city.

The picture-perfect coast of the Yucatan, forest-shrouded ruins and grand colonial settlements; holidays in Mexico can be a fly-and-flop or a journey of discovery

Caribbean waters lap beaches that grace more ‘world’s best’ lists than we can count. All-singing, all-dancing resorts with some of the world’s best inclusions provide the text-book setting for a tropical escape. With entertainment, activities and enrichment classes on tap, no two days in Mexico need to be the same, unless of course uninterrupted relaxation is more your vibe. Then there are hidden-away nooks, shaded poolside day beds and wide sandy beaches where all you’ll need is the latest best-seller. Beaches aren’t the only thing Mexico holidays have to offer. There’s a side to the country that’s heaven for culture-seekers with cities where you can almost peel back the layers of time and belief, and Mayan ruins seemingly reclaimed by encroaching jungle or clinging to the cliffside. And then there’s the food. Varying from region to region but always full of flavour, Mexico’s fiery dishes have inspired some of the world’s best-loved dishes. Our Personal Travel Experts have been to Mexico and can help you plan your dream holiday whether you’re thinking of a family beach break, a cultural exploration or a culinary adventure. Our Caribbean and Mexico experts can share their recommendations about where to stay and what to do while you’re there.

On Mexico’s Yucatán Peninsula, December to April is the dry season, with a wetter season from May to November. Central Mexico – including Mexico City – has very small seasonal changes while rainfall usually falls between the months of June and October. June to November is the hurricane season throughout the Caribbean.

Where is Mexico? Mexico is the southernmost and smallest country in North America. Its neighbouring countries are the USA and Guatemala and it has coastlines on the Gulf of Mexico, the Caribbean and Pacific.

The former fishing village of Cancun is now a lively resort that lures holidaymakers in search of picture-perfect beaches, luxurious resorts that cater for your every whim, designer malls and incredible nightlife. The Hotel Zone, or Zona Hotelera, is a bustling strip of bars, dance clubs and live music venues. From mid-March to early April American teens on spring break flock to Cancun, keen to enjoy the sunshine and beach life whilst partying into the early hours. During this time the resorts can get very busy. Stretching south of Cancun along the coast of the Yucatán Peninsula to Playa del Carmen, Tulum and beyond, the Riviera Maya is renowned for its miles of white sand beaches, all-inclusive resorts, the dramatic clifftop ruins of Tulum and fantastic ecological parks. Quieter than Cancun, the region is ideal if you’re searching for peace and relaxation with the opportunity to soak up the natural beauty, history and culture of the region. In Playa del Carmen, the Riviera’s largest resort town, you can enjoy watersports from the beach, sample the local catch-of-the-day at one of the casual beachfront restaurants and stroll around the cobblestone streets and shop for traditional handicrafts, jewellery and folk art on bustling Fifth Avenue. The sleepy island of Cozumel is just half an hour away by boat and offers a peaceful setting for world-class snorkelling and scuba diving.

The Mayan ruins of the walled city of Tulum date back to 1200-1500 AD and are perched dramatically on a limestone cliff against a spectacular backdrop of endless blue skies, talcum powder sands and aquamarine waters. Highlights include El Castillo which is believed to have served as a temple and a beacon for boats approaching the shore, and the Temple of the Frescoes which features murals and sculptures depicting Mayan gods. Stretching both north and south along the coast from the ruins you’ll find a number of resorts, restaurants and bars. Basing yourself here means you can access the ruins before the crowds head down from Cancun and the Riviera and after they have left for the day

Mexico boasts some of Latin America’s richest colonial architecture and the capital Mexico City is home to the magnificent Zócalo – the heart of the city and one of the world’s largest squares. A giant Mexican flag is ceremoniously raised and lowered daily, numerous community events take place here and Aztec dancers perform daily. The square is overlooked to the north by the Metropolitan Cathedral and to the east by the Palacio Nacional which is adorned with colourful murals by Mexican artist Diego Rivera which depict the country’s history from the Aztecs to pre-revolution Mexico. Just an hour outside of the city lies the spectacular archaeological zone of Teotihuacán, also known as the City of the Gods. This capital of the pre-Hispanic empire and formerly the largest city in the Western Hemisphere was built between the 1st and 7th centuries and is now a vast and impressive complex of ruins that is well worth taking the time to explore.

Mexico’s Yucatan coast is a highly regarded dive destination. Many dive sites, which regularly appear on ‘world’s best’ lists,are located just 10 to 15 minutes offshore. There are reef walls, caves, healthy coral gardens and even an underwater museum just off the shore of Cancun. A unique opportunity in this region of the world is diving in cenotes. These natural sinkholes are filled with water, both fresh and salt, and act as a gateway to a subterranean, subaquatic world with a vast network of underwater caves. Diving is a year-round activity in this part of the world with water average water temperatures rarely lower than 25 degrees Celsius. The most popular times to dive coincide with the high season (from December to April), however sites will be quieter and there will be the chance to spot more varied marine life. Bull sharks are often seen off the coast of Playa del Carmen between November to March while whale sharks are seen near Isla Mujeres which is just to the north east of Cancun’s hotel zone.

Mexican cuisine hardly needs any introduction. It’s such an integral part of the local culture that it has been awarded Intangible Cultural Heritage status by UNESCO. Mesoamerican staples included corn, beans, avocado, sweet potato and chili pepper, while Europeans introduced meat such as chicken and beef, rice and dairy produce. There are regional variations. In the Yucatan, where the food is influenced by the ancient Mayan culture, as well as Caribbean and Europe, the food is smoky, spicy and citrusy. Oaxacan cuisine is one of the country’s most famous varieties. Tortillas, known locally as blandas, are used in many dishes as are many types of black beans and even chocolate which is a common ingredient in both food and drink. 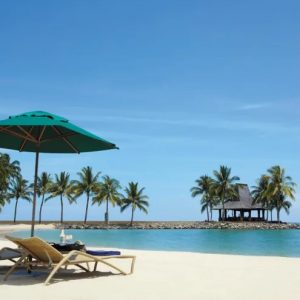 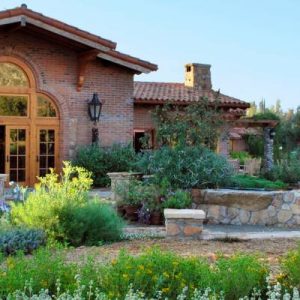 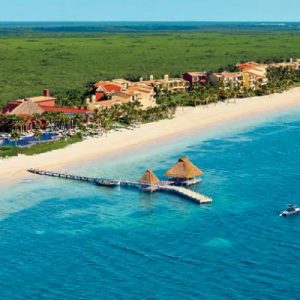 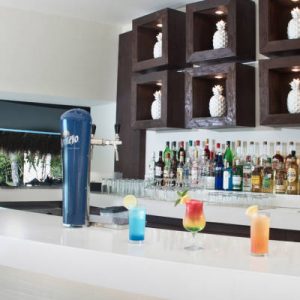 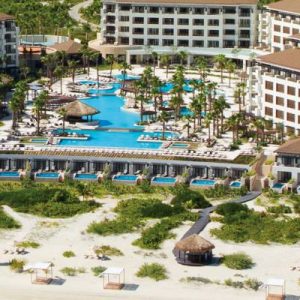 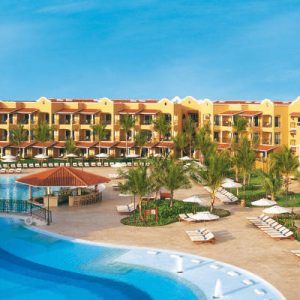 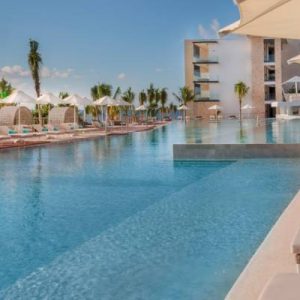 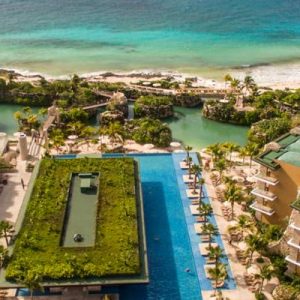 Mexico boasts some of Central America's finest beaches, most luxurious resorts and best tourist facilities, along with a spectacular historical heritage. Stretching south of Cancun along the coast of the Yucatán Peninsula to Playa del Carmen, Tulum and beyond, this famous region is renowned for its miles of white sand beaches, luxurious resorts, the dramatic cliff-top ruins of Tulum and fantastic ecological parks. Choose any of our featured hotels as part of your holiday – many of which also have special offers for Kuoni customers. Call us onCall us on 02085708283 or visit us in store to speak to one of our Personal Travel Experts and tailor make your own holiday with https://skytraktravel.com.
Things to do 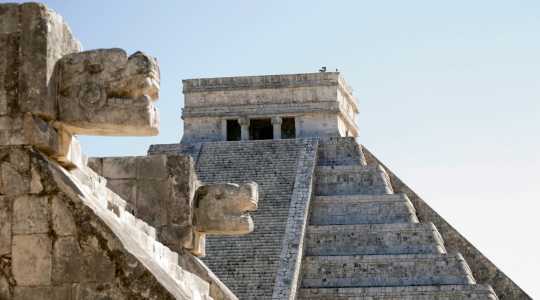 Founded in 514 AD, Chichen Itza was once the Mayan capital and has been named one of the New Seven Wonders of the World. On this fascinating tour you will enjoy a two hour guided tour and one hour of free time to explore at your own pace. See the Majestic Observatory, the Sacred Cenote (where sacrifices took place), The Ball Court and the Pyramid of Kukulcan. After a buffet lunch you visit the Ik-kil Cenote where you can swim or just relax before returning to your hotel.Duration:Full dayPrice:Group tour from £115 per personIncluded/Excluded:Includes: Transfers, continental breakfast on bus (juice, coffee, sweet rolls and fruit), buffet lunch, beverages (soft drinks, water, coffee, juice, beer, wine and tequila). Excludes: Tips.What to take:Swimwear in case there's time to stop at a cenote.Other information:Departs daily

Enjoy a tour of Mexico city, visting the main square, the Metropolitan Cathedral, the National Palace, before heading north to the 2000 year old city of Teotihuacan. Built between the First and Seventh-Centuries, this mystical holy city was declared a UNESCO World Heritage Site in 1987. Witness the Pyramids of the Sun and the Moon and other incredible structures that line the main thoroughfare – the Avenue of the Dead. Explore pre-Hispanic ruins and temples such as the Temple of Quetzalcoatl and the Temple of the Butterflies before returning to Mexico City.Duration:Full dayIncluded/Excluded:Includes: Transfers, English-speaking guide. Excludes: Food, beverages, tips.Other information:Departs daily. 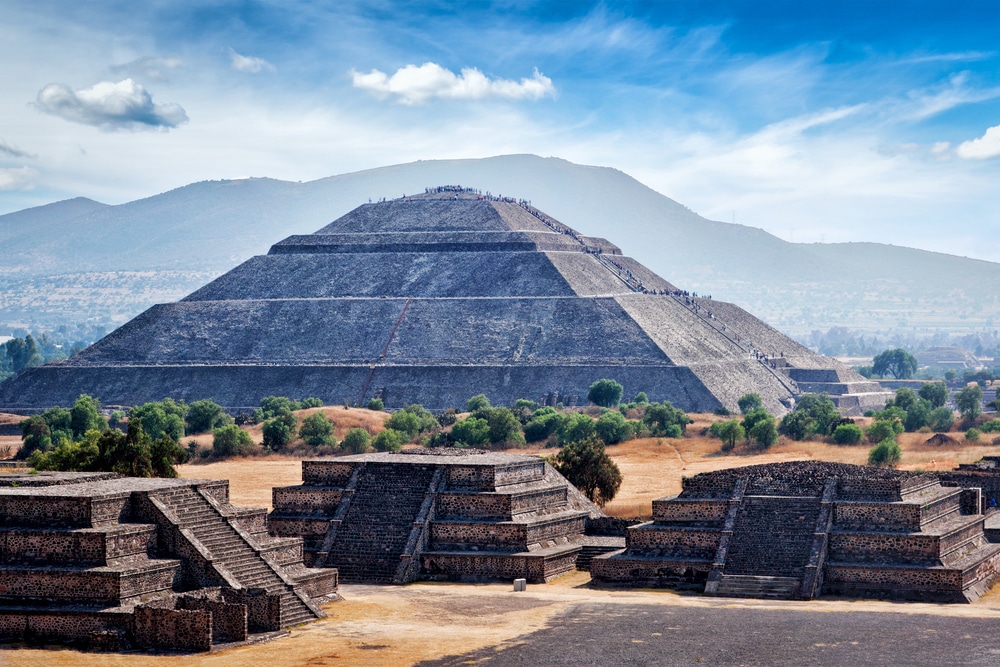 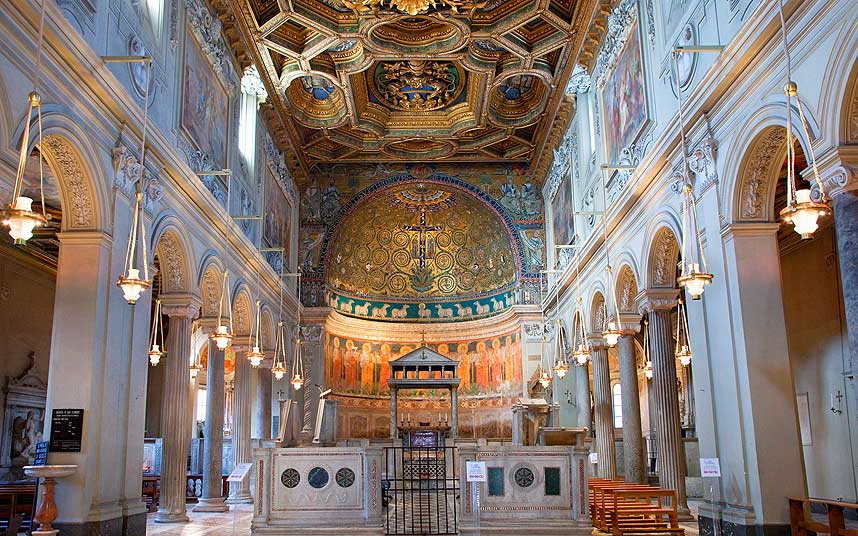 Drive north out of the capital towards the ancient city of Teotihuacan. Witness the incredible temples, pyramids and ruins of this almost 2000 year old UNESCO World Heritage Site including the Pyramids of the Sun and the Moon, Temple of the Butterflies and Temple of Quetzalcoatl. On your return to Mexico City visit the Basilica of Our Lady of Guadalupe, a Roman Catholic church and national shrine located in the north of Mexico city. Duration:6 hoursIncluded/Excluded:Included: Transfers, English-speaking guide. Excluded: Food, beverages.Other information:Departs daily.

Depart for the city of Tequila enjoying the view of a maguey plantation where the Tequila Weber blue agave is grown – the plant that the famous Mexican drink tequila is made from. In the city visit a downtown historic distillery and then discover the process for making tequila in another, more modern distillery. Take the chance to taste different varieties of the drink, which can only be made in the Mexican state as well as a few select regions outside the state.Duration:Half dayIncluded/Excluded:Included: Transfers, English-speaking guide. Excluded: Food, beverages.Other information:Departs daily. 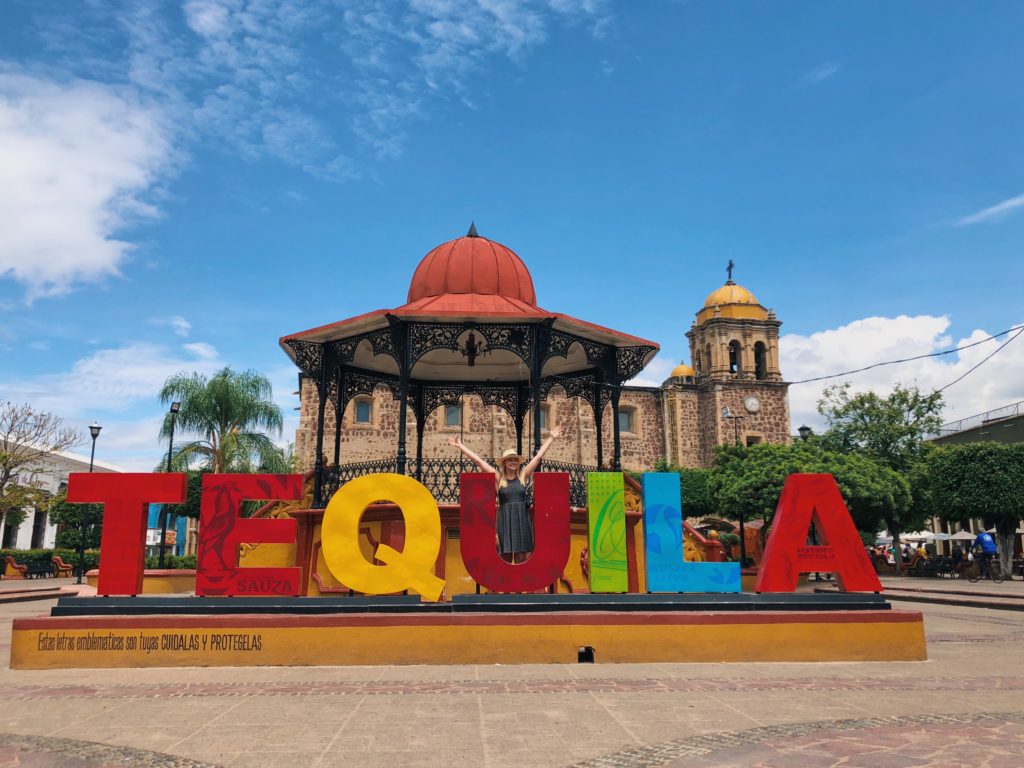 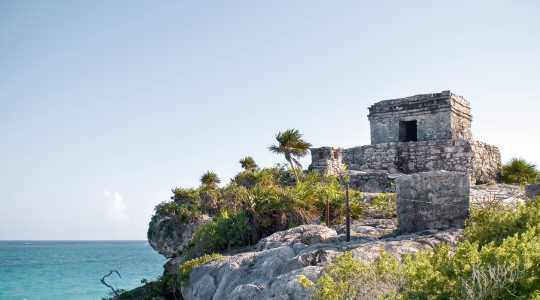 Tulum sits on the southeast coast of Mexico's Yucatan Peninsula, about 80 miles south of Cancun. During this half day tour visit the stunning Mayan ruins which are set on the edge of the cliff overlooking the Caribbean Sea. The two hour visit to the ruins will be made up of a one hour guided tour and one hour at leisure during which you could continue exploring, go for a swim or visit the market and shop for arts and crafts.Duration:Half day, with two hours at Tulum.Price:Group tour from £55 per personIncluded/Excluded:Included: Guided tour with English-speaking guide. Excluded: Food, beverage, tips.Other information:Departs daily.

The majority of our guests choose to stay at the Occidental At Xcaret Destination resort due to its location to the Xcaret Eco-park, a real family-friendly attraction. We highly recommend booking the Unlimited Xcaret Xperience (UXX) which allows free unlimited access and multi-entrance to the park throughout your stay, a 10% discount at the park’s food outlets and resort credit to use at either the resort or park. Other benefits include a complimentary minibar, refilled daily and a bottle of tequila in your room.Price:Price from £149 per person.Other information:Only available to book by guests staying at the Occidental Grand Xcaret Resort NB: Resort credit comes in the form of vouchers that can be used as discount against certain certain services and tours throughout the resort and at the Xcaret and Xel-Ha parks. 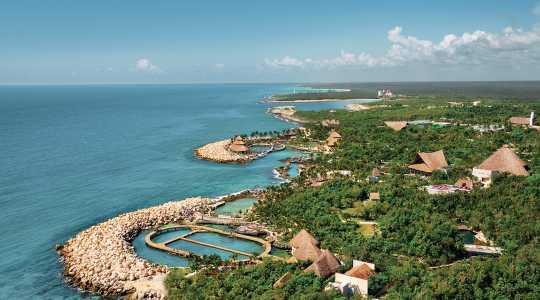