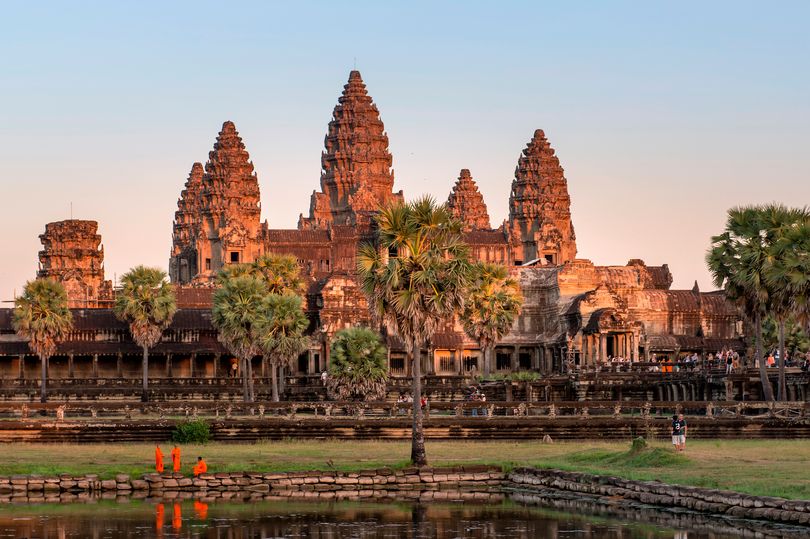 Day 1: Phnom Penh Arrival
Welcome to Phnom Penh – the capital of Cambodia, located in the center of the country, at the confluence of the Tonle Sap and the Mekong rivers, a strategic place chosen after the decline of Angkor as a capital. Phnom Penh owes its difference to other Asian capitals, thanks to the modernity coupled with provincial charm and the French-colonial touches set amongst Angkorian monuments. Your eyes won’t ever be bored during a leisurely tour around the different streets. Upon arrival at the airport, you will meet the local guide and driver then travel by car to the hotel for check in. The balance of day is free at your leisure.

Accommodation: Hotel in Phnom Penh
Check-in at the hotel from 14:00

Day 2: Phnom Penh
Discover Phnom Penh City, the capital of Cambodia located at the meeting point of four branches of the Mekong river Chaktomuk, and historical capital for more than 600 years after Angkor. You will visit the Royal Palace built in 1866 and see the Silver Pagoda located within the Royal Palace compound, The majority of treasures on display have been supplied by the King of Cambodia and include gifts from various other countries. Among the treasures is a solid gold Buddha, weighing 90 kilos and encrusted with 9,584 diamonds as well as a small 17th century emerald and baccarat crystal Buddha. Continue to Wat Phnom, an ancient pagoda standing atop a hill, built by a wealthy Khmer woman named Penh in 1372 to house sacred relics. In the afternoon, you will visit Tuol Sleng, a historic school which was used as a prison during the Khmer Rouge period and then walk around the Russian market built in 1937 and which features a splendid colonial architectural style.

Option (Add-on): Visit Killing Field
Travel through the capital to visit the infamous Killing Fields. Peaceful today, this was one of the numerous sites where thousands of people were forced to take their last breath before being killed and buried by the Khmer Rouge communist regime. This is a part of the heritage of Cambodia and this regime ruled the country, as Democratic Kampuchea, from 1975 to 1979.

Day 3: Phnom Penh
Today is free at your leisure.

Option: Explore Phnom Penh off the beaten track – Morning half-day (Private)
In this private and exclusive tour by local tuk tuk, you will experience Phnom Penh in a truly exceptional way. Witness places rarely visited by tourists and have the chance to be immersed in this city of contrasts, its culture, history and its colorful daily life. During the tour, you will know more about places like the Olympic Stadium, the Royal University of Phnom Penh, the National Library, a street art community, local restaurants, hidden temples and monuments, vibrant markets and architectural highlights.

Note:
– The places are subject to Public holidays or special ceremony
– The governmental places mentioned above might only be witness from outside depending on authorities

Option: Street food discovery in Phnom Penh (Private)
Street Food always was – and still is – an essential part of Phnom Penh’s daily life and its culture. This private tour will be led by a local chef, Mr. Nara, who will give you the chance to experience the rich diversity of traditional Khmer cuisine. You will taste a variety of very unusual dishes, gain a deeper knowledge of the local life and spend time with an amazing host!

Day 4: Phnom Penh – Battambang
You will travel to Battambang, located Northwest of Phnom Penh, officially remains the second biggest city of the country, even if its development is not as fast as that of Siem Reap. On your way to Battambang, you will have several interesting stops. First stop, on the Tonle Sap Lake riverside, in the village of the goldsmiths, experts in working with the precious metal. Nearby, at the top of a hill, you will see Oudong, which nowadays is a place of pilgrimage but before was one of the capitals of the Cambodian kingdom. You will also find ancient pagodas which are home to some King’s relics and other more recent buildings dedicated to Buddha. Up there, take a deep breath and admire Cambodia’s nature like its forest, the flat landscape, the rice fields, the lakes and the local villages with their pagodas. Continue your journey towards Kampong Chhnang located at the meeting point of the massive lake Tonle Sap. On the lake, you will admire the different floating villages. The name of Kampong Chnang (“port of pottery”) comes from its economy based on terracotta and the subsequent production of useful clay items. After leaving Kampong Chnang, you will reach Pursat. This city owns its name due to the marble quarries surrounding the city. There, you will visit a workshop where the workers are crafting this marble into sculptures, like little buddhas, lingas, and other items. Back on the road, you will travel passing the many rice fields. Eventually you will see a statue of a black giant holding a wooden stick, before arriving in Battambang.

Day 5: Battambang
The tour will start off at an ancient pagoda named Wat Balat, situated around 3 kilometers from the city center. Along the path, following a small stream, you will have the chance to see houses typical of the area and unchanged for generations, rice paddies, local workshops and much more. Observe the daily activities such as the preparation of sticky rice, custom knife making and the preparation of the traditional fish paste prahok. An unforgettable experience, accompanied by the local children waving and greeting you “hello” as you travel along.

Day 6: Battambang – Siem Reap
The road from Battambang to Siem Reap you will take this morning runs to the north of the massive Tonle Sap Lake, and passes through Sisophon, in Banteay Meanchey province. During the trip, you will have the opportunity to admire the rice fields, and villages characterised by the traditional Khmer houses. You will also get the chance to observe some stonemasons whose techniques have been passed down through the centuries since the Angkorian era. Arrive at hotel in Siem Reap and the balance of day is free at your leisure.

Day 7: Siem Reap
This morning, you will travel on a road surrounded by hundred years old’s huge trees. All of a sudden, it will appear a majestic stone door, enter Angkor Thom called “the big city”. Magically emerging from nowhere, admire the massive curious smiling faces carved in stone – the Bayon Temple, built around the 12th – 13th century. This amazing edifice is surrounded by 54 towers, each of them adorned with 4 faces. After visiting the Bayon temple, you will travel to the Baphuon, a temple mountain built in the 11th century, whose restoration, lead by French architects ended not so long ago. Then, admire the Terrace of the Elephants, which with its length of 350 meters, was used for royal audiences and public ceremonies. Continue your visit to the Terrace of the Leper King, built in the 12th century, covered by magnificent Apsara sculptings. In the afternoon, visit the most famous temple: Angkor Wat. Starting by the central aisle, you will realise soon how huge is it. The architectural achievement is also artistic, from the wonder of all the structure but also to the little details all over it. Finish the day by visiting Ta Prohm, a temple which has been eaten by the tropical nature.

Day 8: Siem Reap
Today is free at your leisure.

Option: Visit Kompong Khleang village on Tonle Sap and enjoy a picnic lunch in a local house (Private)
In the morning, leave for Kompong Khleang, a village located 40 kilometers from Siem Reap. All the houses are on stilts offering an exceptional natural environment with breathtaking views. Depending on the season and the level of water, you will enjoy floodplains, rice fields and water as far as the eye can see or impressive stilted house. Travel by boat over the canals to a large lake where people live on the water, their houses moving with the rhythm of the seasons. After lunch you will return to Siem Reap.

Day 9: Siem Reap Departure
At good time, our driver will pick you up from the hotel then transfer to the airport for the departure flight.

Meals included: Breakfast
Room is at your disposal till 12:00

Offer Includes
Flights from London Heathrow with Qatar Airways
Airport taxes
8 nights accommodation as per itinerary
All local boat rental and cycling as mentioned in the program.
Cruise 01 night on non-private junk in Ha Long Bay.
Transfers in an air conditioned vehicle
All entrance fees and sightseeing as mentioned in the program.
Local English speaking guide(s) as Mentioned

Meal Plans
As per Itinerary 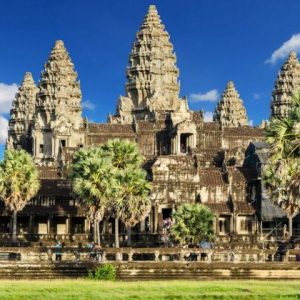